The 35th Rotterdam marathon , was my 1st marathon of my life.

To run a marathon you need to do many hours of training also practicalities beforehand. My clothes and shoes had to be in order and above all the same as during my workouts, so some laundry had to be done. The subject of food was suddenly a topic. The week before the marathon I dutifully ate pasta every day and I started to drink more and more water, because yes ’they’ say that this is good for you. Meanwhile, I was getting nervous.

Sunday morning, April the12, even before my alarm went off, I woke up. Taking a shower, clothing and breakfasts. Meanwhile, our lodgers and fellow marathon runners were also preparing and doing so each in his own way. My preparation consists of drinking water, two cups of cappuccino and a banana and all I want to take a moment to calm me. Anyway at 8:30 we went to the crowded subway to the center of Rotterdam.

Yeah and when I walked on the Coolsingel, where music is already loud resounded through the speakers there came over me a sense of pride and happiness, here I would soon start and finish.

First seeking my running buddy and of course once again find a toilet, as the tension rises. Slowly I go with my running buddy to us starting area and then the waiting begins exasperating. We actually wave 3 and that means starting around 10.30 and that while we are already at 9.30 in the box. Fortunately the weather gods with us. Just before the first start of 10:00 sounds the Rotterdam marathon song, or ‘You’ll Never Walk Alone “sung by Lee Towers. Many non Rotterdam runner will little understand, but lustily singing along, we get goosebumps and extra adrenaline when hearing this song.

The first launch reads 10:00, followed moments later the second and then goes our launch. Wow, what a crowd there on the side. The first kilometers are not easy, because it is very busy and therefore I can not find my rhythm. Over the 10 kilometers it spreads something and doing well. At about the 20km point do I hate it, I think it’s a boring piece and in my head takes the thought that I must have a piece. Fortunately approaching the point of the half marathon and confesses that I only have to make the other half! Along the side there is more crowd again, because we are approaching the center of Rotterdam. The Erasmus Bridge, on to the northern part of route, where ’the man with the hammer’ is waiting, but where also my own supporters will be. And yes, at 30 kilometers, my girlfriend with a delicious banana and run further to the 35 km. Then it gets tough, my running buddy and I talk to each other encouragingly: “We will do it.” Meanwhile loyal supporters bicycles, and is on the 35 kilometer point our photographer, Ilse. We already swaying in the picture, even though we are tired, we still like it. A little further family and neighbors encourage me and felt good, it gives extra energy. Also at 40, a friend and a bit further again Ilse. And then only 2,195 kilometers to go, my running buddy and I look at each other and know that we are going to make it, there we go, enjoying the people and music around us and let us be carried away towards the Coolsingel. And there it is, the Coolsingel , the finish line in front of us but still far away. Hand in hand, I pass with my running mate, Mijke, the finish: ” We did it”.

Hardly I realized that this was it, I’ve run a marathon. I got the banana that tasted great and the sports drink like champagne and almost forgot to take my medal. Hit the road to go home, to the afterparty with our dear national and international guests and marathonrunners. 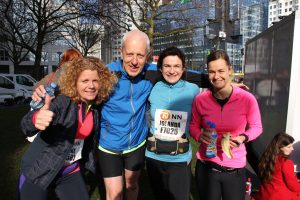 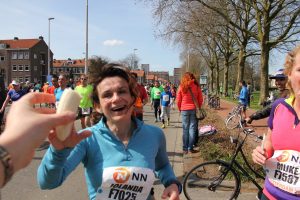 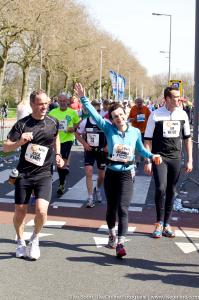 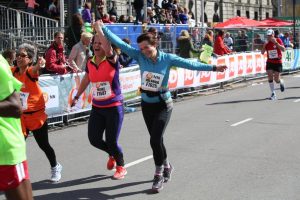 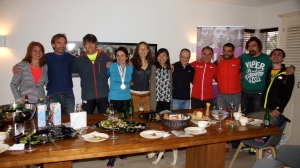 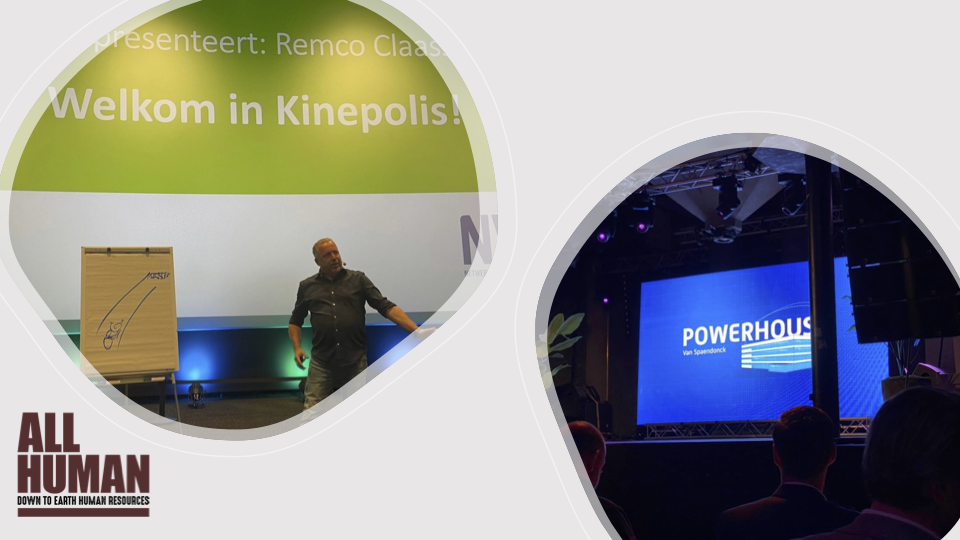 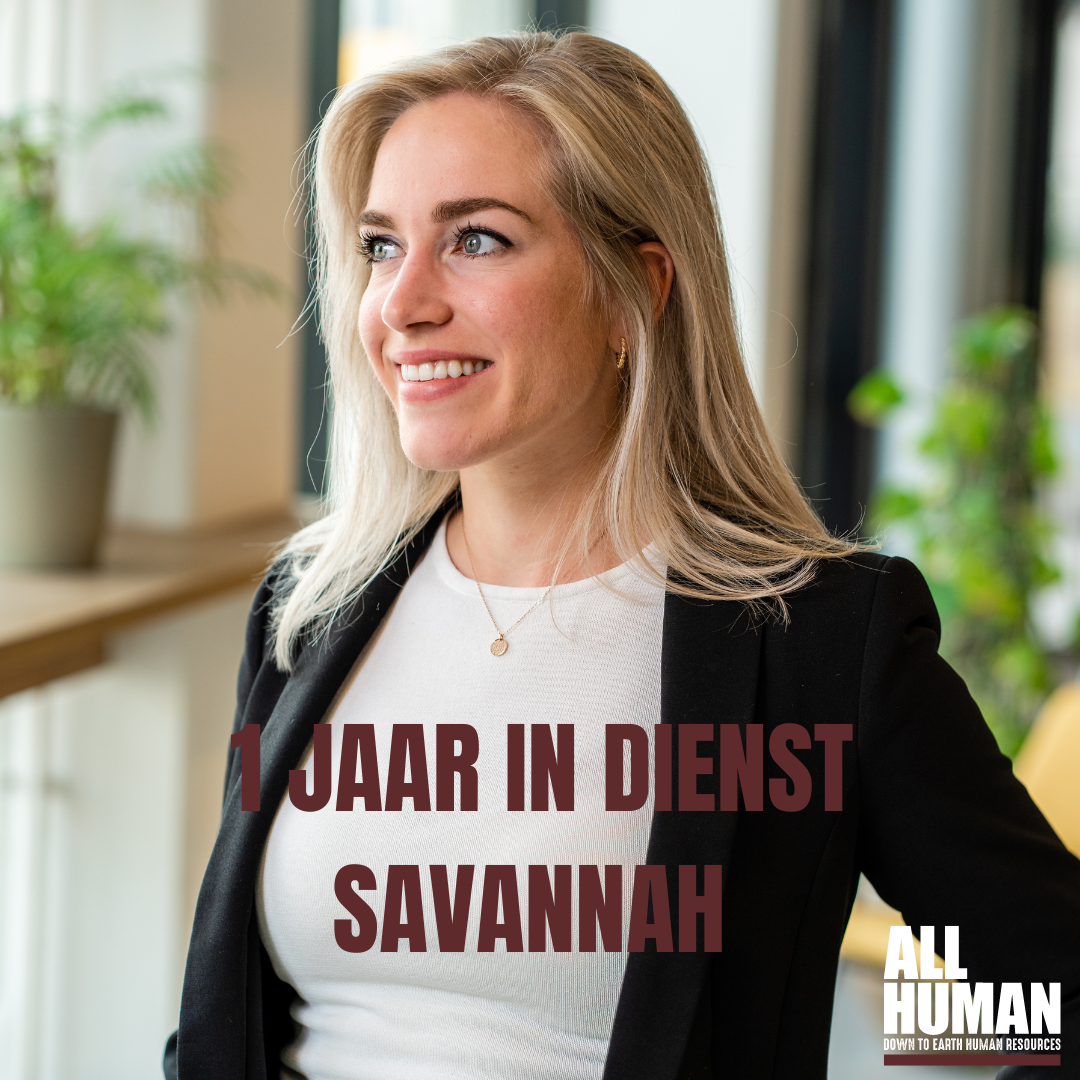